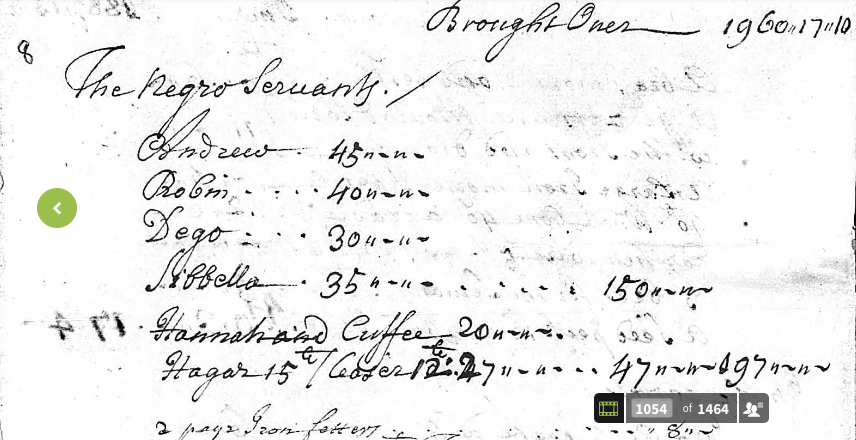 The Benefits of Inheritance:
The Lord Family 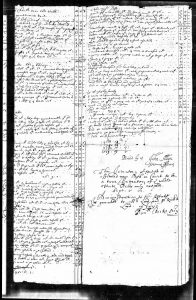 The Lords were one of the original English families to settle in Hartford. The original Richard Lord, who died in 1662, was one of the wealthiest men in the colony, leaving goods and chattel, including human begins, worth over £1500.  By the third generation, Richard Lord III (1669-1711) and his wife, Abigail Warren, had amassed an even greater fortune. Together they had ten children (Abigail, Richard, Abigail, Jerusha, Elisha, Mary, Richard, Elizabeth, Epaphras, and Ichabod), although only seven lived to adulthood.  Richard III, a merchant, inherited part of a plantation in Antigua from his father Captain Richard Lord, who died at sea in 1685. Lord’s dealings in plantation slavery in Antigua were far from solitary. Families in every major town in Connecticut engaged in the trade in various capacities, profiting from sugar plantations in Barbados, Antigua and the Leeward Islands.[1]

At the time of Richard Lord III’s death, he was the Treasurer of the Connecticut Colony and he owned at least nine slaves: Andrew, Cezar (thought to be from Antigua and later owned by Ichabod Lord), Coffe, Hagar (later owned by John Haynes Lord), Hannah (wife of Coffe), possibly Jo[e], Leazer, Robin, and Sibbelle.  Once his debts were paid, his property including slaves and his money were divided among his wife and children. Coffe and Hannah were valued together in his inventory at £20. Richard’s estate was valued at £5786. Jerusha, the eldest daughter, received her share in 1716 at the age of 18 after she was already married to John Whiting.  Richard’s widow, Abigail, who married Rev. Timothy Woodbridge, was guardian of the younger children until they could provide for themselves.

Elisha Lord, the eldest son, received a double share of his father’s estate, including an interest in the plantation in Antigua. He married Mary Haynes in 1723 and they had one child, John Haynes Lord, before Elisha died in 1725. Elisha owned Andrew, Tamar and their son, Daniell, perhaps given to him upon his marriage by his mother, Abigail, and his step-father, Rev. Woodbridge. Elisha’s net worth at his death was more than £2000. Had he lived to old age, Elisha would likely have doubled his assets.

John Haynes Lord married Rachel Knowles and together they had eleven children. John, like his grandfather Richard, became the master of many enslaved people, including Hager, a maid servant formerly owned by Richard. John inherited Daniell, the son of Andrew and Tamar, and Dego (or Diego), who died in 1756. Richard Lord III’s enslaved couple, Coffe and Hannah, had a daughter, Sally Cuff, who lived in the household of John Haynes Lord. Sally and another enslaved woman, Dinah, were both baptized on August 14, 1768. Sally purchased her freedom from Lord for £100 on June 7, 1782. Dinah remained enslaved until March 10, 1791. Like Sally, Dinah was of the second generation enslaved by the Lords; her mother, too, belonged to Abigail. From the west coast of Africa into slavery, to captivity in the Caribbean, to enslavement, family life, separation, and finally freedom in Connecticut, Coffe, Hannah, and Sally traversed the perilous Atlantic world of the eighteenth century.

When John Haynes Lord died, his estate was valued at £3385, much of it in land. Although at the time of his death he no longer owned enslaved people, John Haynes Lord reaped the benefits of their labor for decades, amassed wealth, and passed that on to his own children. 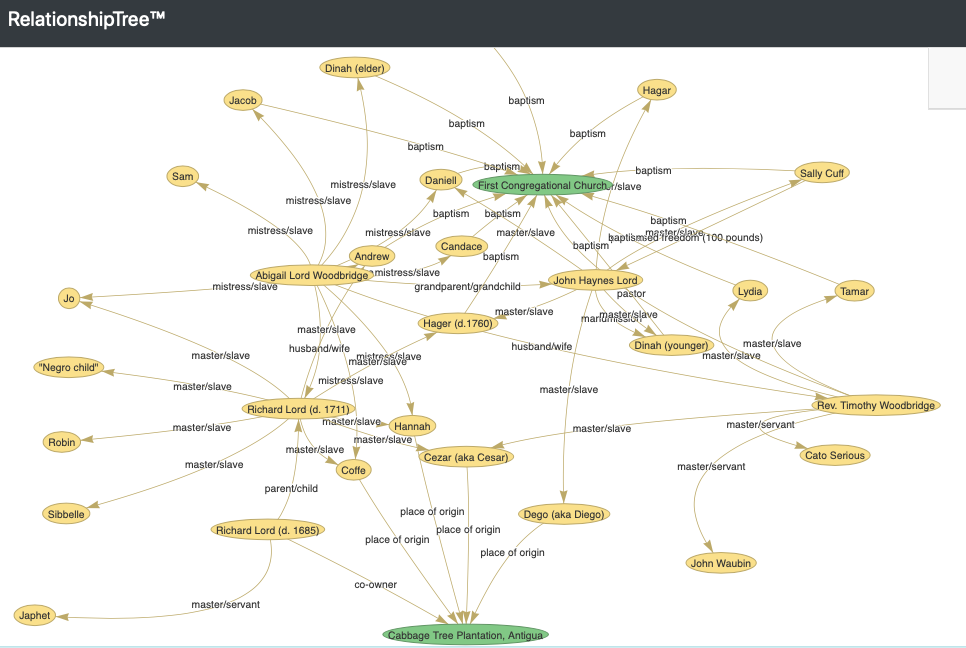 Such pooling of wealth, and the passing of property, whether as real estate, cash, or in the form of human beings, from one generation to another, greatly enriched the master class. Conversely, slavery deprived black families of any wealth accumulation. With no capital of their own, black families struggled for generations to produce inheritable wealth. Even today, a persistent wealth gap exists, with white families having approximately $13 in net wealth for every $1 held by black families. [2]