Leadership and Tradition:
The Black Governors 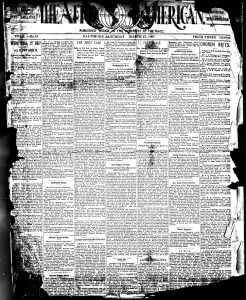 During the eighteenth century, Hartford was home to two governors simultaneously, one white and the other black. The white governor exercised official power under Connecticut’s colonial charter and later its state constitution. The Black Governor exercised customary power over the community’s black residents.  The position of Black Governor served two purposes. Whites believed the black governor would have influence over the slaves and freemen in the town. Allowing the election appeared generous and equitable, but to white colonists, it was the means to control of a potentially volatile population. To black residents, enslaved and free, the election of a leader gave them a person of authority to whom they could turn. The Black Governors were men of stature and wisdom whom people of color could trust. To hold the position, the man had to be a someone the white and black populations thought was respectable, with a good reputation, even if they had different ways of assessing those qualities. The candidate’s peers had to elect him for a four-year term.[1]

Both enslaved and free men could be Black Governors. The last elected Black Governor in Hartford, Boston Nichols, was chosen in 1800. The elections took place the Saturday after the official, white gubernatorial election. When Boston won, he marched through the streets on top of a horse in a fancy parade. Some black governors borrowed their masters’ clothes as they strolled through town. Once in their new positions, some of the black governors selected magistrates and sheriffs to carry out their duties, which consisted of making sure all black inhabitants followed the colony’s laws. If the rules were broken, the governors had to dole out punishments.[2] Although sometimes a difficult job, the men who held the position took it seriously and considered it an honor.

The first known Black Governor in Hartford was London, a man purchased by Thomas Seymour in 1725 for £60. The African population of Hartford elected London 1755.

Mr. Wyllys’ servant, Quaw, was the next Black Governor elected in Hartford in 1760.

Cuff was an enslaved manservant who became Hartford’s Black Governor in 1766 after Mr. Wyllys’ servant, Quaw, died. After 10 years of service, Governor Cuff resigned on May 11, 1776 due to ill health and, in a controversial move, appointed John Anderson as the new Black Governor.[3]

John Anderson was the black governor of Hartford during a critical period of the American Revolution. One function of the Black Governor was to act as a mediator between the white and black communities within their town. Anderson became the black governor on May 11, 1776, and from the start it appeared it would be difficult for him to act as any kind of liaison or go-between.  He was an enslaved servant to Philip Skene, a British loyalist fulfilling his parole sentence in Hartford. Prior to his arrest, the British made Skene the Governor of Crown Point and Ticonderoga.[4] In 1775, when Skene and his son were returning to America from Great Britain his ship was detoured and landed in Philadelphia. Delegates in Pennsylvania thought he was a threat to American liberty so they captured and arrested them. They imprisoned Skene and his son and sent them to Hartford to live out their parole.[5] Some people thought Skene made Anderson the Black Governor to persuade slaves and freemen to side with the British during the American Revolution.[6] However, no one knows for sure if this was the real reason why Anderson was appointed.

The transition was also controversial because after about 10 years of service Governor Cuff resigned and he simply appointed Anderson as the new black governor. An election never took place. This angered many enslaved and freemen in Hartford, because they did not get to vote. Anderson nevertheless held his position for four years.

Peleg Nott was employed in numerous occupations during his captivity under Colonel Jeremiah Wadsworth.  Nott was a trusted servant, and he drove a provisions cart during the American Revolution. He became the Black Governor in 1780, succeeding Anderson.  It is unknown whether he had any children or a spouse, but in the 1800 census two other people of color were listed as living with him. He died in 1810.

Boston was enslaved by Captain James Nichols and used his master’s surname as his own when he was manumitted. His wife’s name was Rose and together they had nine children: Boston, Jr., Lydia, Tamar, David, Jacob, Thomas, Mark, Roman, and Jemima. His children adopted Boston’s first name as their surname, a common practice of African Americans and Native Americans in Connecticut. Two of his children, Tom (baptized on June 20, 1762) and Lydia (baptized on Aug. 25, 1764) were both the enslaved servants of Captain James Nichols.  Boston, Sr. became a free man on April 29, 1774. In 1800 the black inhabitants of Hartford elected Boston Nichols as their governor. He was a popular leader. He was known to carry a sword and wear a cocked hat; both were placed in his coffin when he died in 1808. He had a will and his estate went into probate after his death. His son, Boston, Jr., followed his father to the grave in 1810. The family moved out of Hartford in the nineteenth century. The tradition of the Black Governors also ended in Hartford. Perhaps gradual emancipation had made it seem unnecessary. Newly freed men began constructing their own civic, social and religious institutions in the nineteenth century.

[5] William Forbes Skene, ed. Memorials of the family of Skene: From the Family Papers with Other Illustrative Documents (Aberdeen: Printed for the New Spalding Club, 1887).