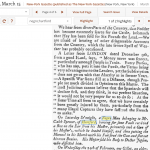 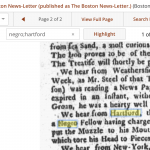 the individual died of suicide & that his cadaver was sold by his master to Dr. Jepson.)

A Special County Court 4 July 1716, case of fraudulent sale because Pero has a “loathsome disease” 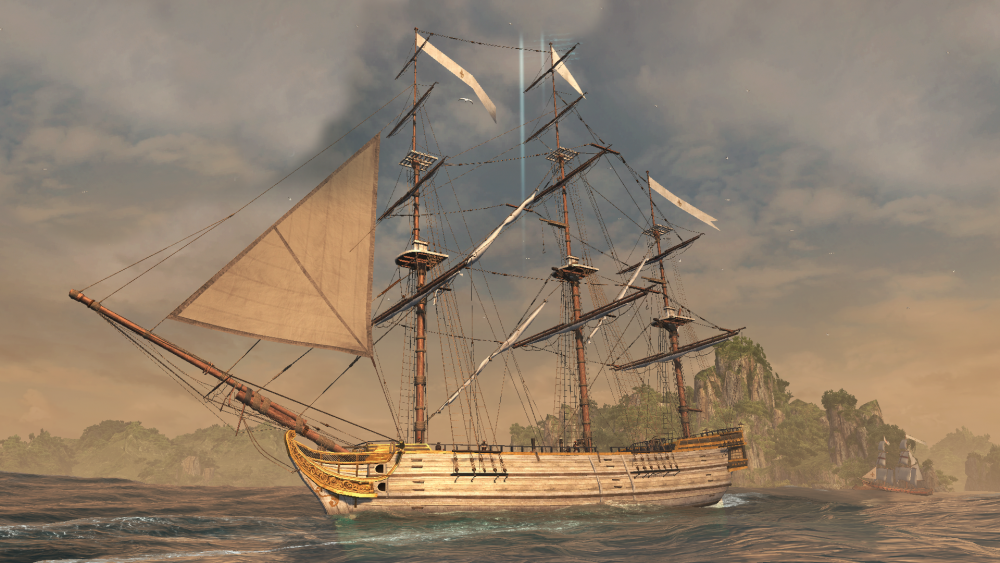 A Doctor’s Dealings in the
Transatlantic Slave Trade:
The Story of Normand Morison

By Chelsea Echevarria; edited by Katherine A. Hermes

In the popular imagination, slavery is still thought of as a Southern institution. Recent scholarship has emphasized the North’s involvement in the transatlantic slave trade. Anne Farrow, et al.’s groundbreaking work on New England’s involvement in the trade, from its ships to its insurance industry, illuminated the role of the “Constitution State” in the “peculiar institution.”  Connecticut’s slaveholding is nevertheless often contrasted with the plantations of the South. Slaveholders in Hartford are often depicted as having single household slaves or “servants.” Recent research refutes that conception.[1]

Wealthy northern elites participated in and benefitted from the trade, and they often employed enslaved labor in their town homes and on their farms. One such participant and beneficiary was a Scottish physician, Dr. Normand Morison, who owned multiple properties across Connecticut. These properties included a home on Market Street in Hartford, small farms in Hartland and other towns and a large farm in Bolton. Morison’s captives were mostly divided between his homelot in Hartford and the Bolton Farm. Many came from Morison’s 7/16 share in a schooner, the Speedwell, which traveled to Africa at least once before Morison died in 1761. Timothy Miller, captain of the Speedwell, was a young man of only fifteen when he began making voyages in the schooner to the coast of Africa. Some of Morison’s enslaved people may also have come from the Unity, a sloop in which he had earlier had a share. 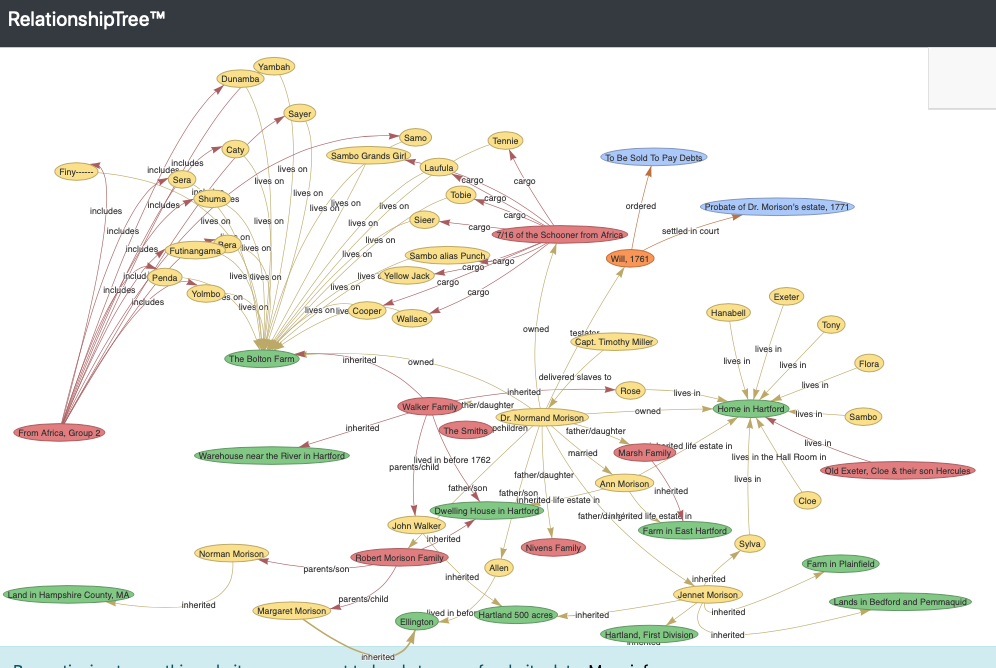 Morison’s estate included thirty-one enslaved people at the time of his death. Many of them lived on the Bolton Farm, but others lived in the Hartford home, including Tony. Like many Africans and African Americans, little information is known about him. He probably came from the windward coast of Africa, possibly on the Speedwell along with other captives later owned by Morison. The Speedwell had multiple voyages, but the only one documented in a newspaper happened in July of 1761.[2]  It is also possible that Tony was purchased earlier and came from a place where he had already learned English. Some of Morison’s enslaved people had anglicized names, like Tony, while many of the Speedwell captives had African names like Futinangama, Yambah, and Dunamba. Tony’s age remains unknown, as well as the date he arrived in Hartford. He died January 24, 1761 in a smallpox outbreak, which claimed the life of Allen, Morison’s son, and finally Morison himself. Tony’s resting place remains unknown and unmarked, either in the Ancient Burying Ground or at Morison’s homelot. The doctor died April 8, 1761 and was buried with his son on Market Street where his house and garden once stood. (Today his table stone lays encased in a wrought iron fence next to the entrance of the now shuttered St. Anthony’s Church. His son’s footstone is all that remains of his grave; it is embedded in the stone wall that enclosed the father’s tomb. Their garden has been replaced by asphalt.)

In that year, New England colonial assemblies decided to ban “variolation,” the use of a live virus to inoculate people against smallpox. Morison, however, may have tried to protect himself and his household by inoculation; 1-2% of the population typically died from the inoculation itself. Variolation was known to Africans before they came to the Americas; Cotton Mather’s enslaved servant Onesimus told Mather, who then introduced the practice in New England in 1721.[3] 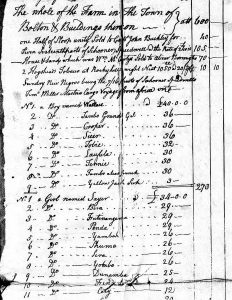 When Morison died, he directed in his will that the executor of his estate sell all of the captives he owned, except for those enslaved people given in specific bequests to his heirs. The Bolton Farm on which many of his captives lived went to his daughter’s family, the Walkers. His will was not fully probated until 1771, just prior to the Revolution. The 30 enslaved people Morison owned vanished from the record. His grandson, also named Normand, was not engaged in the slave trade, and he lost much of the family fortune.

The business ventures of Dr. Normand Morison in the Atlantic slave trade helped him supplement his wealth. He was able to staff multiple farms and his home in Hartford. Many if not all of the enslaved people who worked in Bolton, Hartland, and other locations came directly from Africa and brought with them skills in farming, medicine, and other crafts. Morison’s Bolton farm was the size of a middling Southern plantation, and it was not alone. It reminds us that Northerners found profits in the slave trade in many forms and were complicit in the peculiar institution that, paradoxically, came to define the United States as much as its revolution in the name of freedom. [4]

Anne Burnham freed the servants; “Zipporah, a Negro Woman. [died of] Old Age. Dropsy. 80 years.” on October 7, 1795. On the last page of Joseph Buckingham’s (d. 1761) papers on Ancestry.com it lists Cato, Zipporah, Nunny and an infant, and Paul, as being Joseph’s slaves. Since he never married or had children, his mother Anne inherited his estate. The First Church record of her burial says, “Siperah Negro, Burlal charges the Town.”

“York and Lydia, Negro children, ye Servants of Governor Talcott, he publicly ingaging to bring them up in the Christian religion.”

York, an inhabitant of Hartford, was in East Hartford in 1801 “suffering,” whom the town considered warning out.