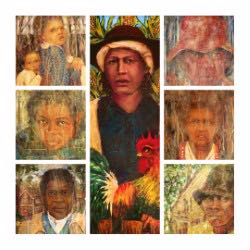 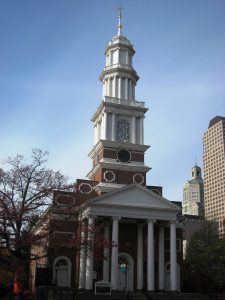 The Ancient Burying Ground is Hartford’s oldest historic site and the only one remaining from the seventeenth century. From 1640 until the early 1800s, it served as Hartford’s primary graveyard. During that period, anyone who died in town, regardless of age, gender, race, ethnic background, economic status, or religious faith, was buried here. Approximately 6,000 people are thought to be buried in the Ancient Burying Ground, including an estimated 300 Africans, African-Americans and Native-Americans. The burying ground is the most significant extant, eighteenth-century African-American heritage site in Hartford.

The project team has created a publicly searchable website including personal profiles of individuals likely interred at the Ancient Burying Ground (as referenced in the historical record); narratives of people in the graveyard; a description of our methodology and process; a sortable, downloadable spreadsheet embedded in the website; and a downloadable report with our findings, a history, and bibliography.

Uncovering Their History: African, African-American and Native-American Burials in Hartford’s Ancient Burying Ground, 1640-1815 is a project of the Ancient Burying Ground Association, and was funded in part by the Connecticut State Historic Preservation Office of the Department of Economic and Community Development with funds from the Community Investment Act.